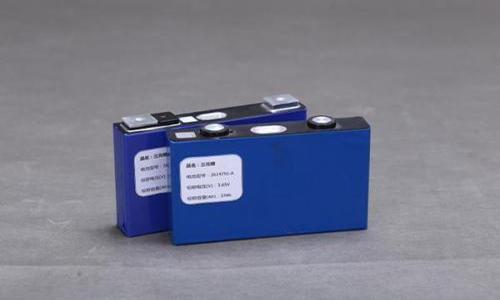 At present, the research on ternary materials mainly focuses on the preparation of precursor seishemers, the synthesis of materials   the relationship between electrochemical properties   structure. Most of the transition metal elements in this material Ni, Co, Mn exist in the price of 2, 3,   4, respectively, in the process of charge   discharge, the electrochemical reaction occurred only Ni2 plus/Ni4 plus   Co3 plus /Co4 plus, Mn basically does   participate in the electrochemical reaction, but plays the role of stabilizing the material structure. Regarding the preparation method, the commonly used synthesis methods in industry are: high temperature solid phase method, co-precipitation method, sol-gel method, hydrothermal synthesis method, combustion method, etc. Three-way material is a comprehensive superior performance of lithium battery positive material, in a certain range to change the mole ratio of three materials,   add the corresponding additives (adhesives, conduction agents, set fluids, etc.), can be in a certain aspect of outstanding performance characteristics, such as power-type triple lithium battery, capacity-type triple lithium battery, ultra-low temperature triple lithium battery   so on.

The so-called power battery refers to the battery supports high-rate high current discharge, high power density, more energy released per unit of time. Magnification discharge capability refers to the ability to maintain battery capacity in the case of increased charge   discharge multiple seis. The multiple of charge   discharge is expressed in xC, 1C means that the nominal capacity of the battery can be used up at 1h, while the multiple discharge at 2C is available at 30min.

The power/multiplier performance of the battery is closely related to the design of the battery   is influenced by a variety of factors, such as electrolytes, diaphragms, types of active materials, size of active particles, etc. Among these factors, the thickness of the electrode is the main factor affecting the ability of high current discharge. The multiple discharge capability can be greatly improved by thinning the electrode because the thin electrode has a smaller electron impedance   ion impedance, whereas thinning the electrode results in less active material quality in the electrode   therefore a reduced battery capacity. Therefore, the main technical challenge of the three-way lithium battery is to increase the ability of high current discharge without reducing capacity.

For the three-way power lithium battery, the current research is the most mature, the most mature technology is The Japanese Panasonic Company, the experimental stage has been able to achieve 30C discharge, which has successfully achieved the commercial mass production of the power type 18650 three-yuan lithium battery discharge rate of up to 12C, capacity is also up to 3300mAh. Domestic manufacturers also have a higher discharge rate, but the stability of the battery still needs to be improved, especially after a period of use, its cycle life   multiple discharge capacity will be greatly reduced. There are studies   reports that the efficiency of lithium batteries can be improved by particle cladding   modification.